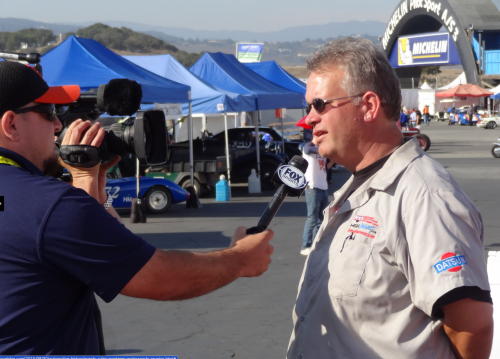 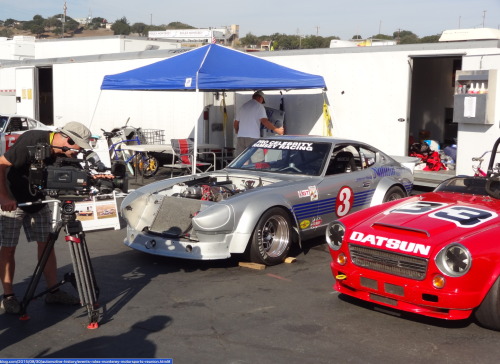 40 Years of BRE, my Replica with recently completed BRE 370Z

Back at Road Atlanta, 40 years later…. 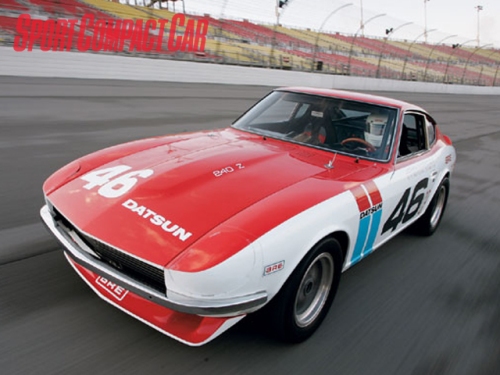 From Pokemon-loving fifth-graders to chronically drunk college kids, just about any student will agree on one thing: history class sucks. Dates, people, and places that are done and past seem like a waste of time to those here and now. But the wiser among us will confirm that today’s greatest stand on the shoulders of those who have come before. So when your objective is the fastest lap around a track, the key could be to look at those racers who did it first.

In 1966, the Sports Car Club of America (or SCCA) formed the Trans-Am series and by the early 70s, sedan racing in America reached its Golden Age with an explosion in popularity. Two competitive divisions had formed: the Under 2-Liter (a.k.a. U-2) and Over 2-Liter Classes. Race lovers could now get their fix in two distinctive flavors: rumbly V8 or high-pitched four-cylinder shriek (for more information on this classic series, check out the September 2004 edition of SCC).

One of the more successful ventures into the unbelievably quick U-2 class was Brock Racing Enterprises, or BRE. Its founder, Peter Brock, was a man whose experience encompassed GM automotive designer (a job he held at 19 years old), racing instructor, and winning driver. BRE was one of the first to race Japanese imports in the US and a partnership between Brock and the auto manufacturer, Hino, led to the creation of a winning 1300cc-powered Contessa coupe, as well as the gorgeously styled Hino Samurai prototype.

In 1967, Toyota was poised to take over Hino and discussed the possibility of racing the 2000GT in America with BRE. However, famous Ford racer, Carroll Shelby, had different ideas. After heated negotiations, Toyota gave Shelby the sponsorship. Rivalry between Brock and Shelby came to a head. Brock immediately approached Nissan with a proposal to race against the Toyotas. Nissan sent BRE a couple of Datsun 2000 roadsters, along with some money to make them competitive against the ‘superior’ 2000GTs. BRE proceeded to destroy the competition; Datsun was set on a path to American prominence.

The growing American popularity of Datsun would soon be anchored with the release of the curvaceous Fairlady Z. In order to help establish the sporting image of the two-seater in America, BRE and Nissan decided to enter the C Production class to wage war against Porsches and Triumphs.

By now, America had witnessed firsthand the agility and prowess that Japanese imports could exhibit on the track. With the Z, BRE took this understanding to another level. At the wheel of the number 46 BRE 240Z was John Morton, who blew off the doors of his expensive European rivals with one of the most dominant performances ever in the C Production class. Morton and the BRE team won two consecutive national titles and the 240Z continued that winning streak for nearly a decade, winning C Production class championships every single year through to 1979.

Fast-forward to 2006. As you can see, the 70s-era BRE Z racer is still around, once again ready to trump Porsches and Triumphs at the drop of the green. The result of three years’ hard work, original parts scrounging and a bit of luck, many would be surprised to learn that the Fairlady pictured here started her resurrection as a simple street/track restoration for owner Ron Carter.

When Carter started seeking parts for his new project, the idea of a dedicated racer tickled the back of his mind. But when his hunt unearthed an original BRE race motor, a full-tilt replica couldn’t be dismissed. The motor was perfect: everything about it was original, down to the remote oil filter placement. Carter bought it, along with several other rare parts, including the 44mm Solex sidedraft carburetors on a Nissan Comp manifold and American Le Mans magnesium 14×7 wheels (zero offset). 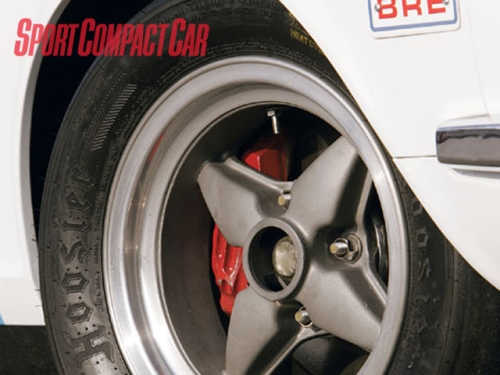 “This purchase pushed me over the edge, away from the streetable car, into a copy of the BRE number 46 240Z,” says Ron. “I had seen several attempts by a number of people to build a BRE replica, but all of them had fallen well short of the original. I decided to do it right.” Doing it right meant knowing the right people. Soon Carter was in contact with the big names from BRE, including John Morton and Peter Brock. The project racer had officially begun.

PDK Fabrication was the first shop to get their hands on the build. After the interior and drivetrain was stripped out, the undercoating was removed and a 70s-style roll cage welded in. “We made a copy of the BRE roll cage, then added to it to meet [modern] SCCA specifications,” says Ron. Thorough would be an understatement in describing the replication.

With the chassis bare and waiting, the suspension was custom-fabricated by Design Products Racing. While adherence to the old school was observed, Carter wisely chose to upgrade to modern standards in this essential area. Tokico Illumina coilovers, monoball pickup points, adjustable TC rods, camber plates, tubular anti-roll bars, solid differential mounts, and adjustable rear control arms round out the underpinnings in preparation for track assault.

Following this same train of thought, Carter recognized the need for better stopping power than the 70s could provide. Originally, number 46 relied on a puny two-piston set-up in front. Today, a four-pot system from Toyota (ironically) is employed, coupled with 12-inch vented discs and Porterfield pads. The rear brakes have also been swapped for a set of 10-inch rotors squeezed by stock calipers from a 1979 ZX, again using Porterfield pads. A custom fuel cell enclosure rounds out the new-age blessings.

As the essential modern elements were being tucked away, Carter focused his attention on historical accuracy. The perfect match for an original BRE motor is the same transmission it was mated to 30 years prior, so the originally modified 2.4-liter was bolted to an early Nissan Comp tranny. Even the differential is the same. While he was at it, Carter acquired a fabricated replica of the original BRE race header and collector from Gerry Mason, owner of the number 3 BRE Z.

With his project running and sounding like 1970, it was time to make it look 1970. The stock body was massaged with a BRE ‘Spook’ front bumper, rear spoiler and headlight covers, along with a Classic Datsun Motorsports fiberglass hood. Padilla Collision Repair of Oceanside, CA, draped the rolling monument in the original race paint scheme, sourced by Mason.

Carter and his replica are currently busy preparing for a stint with the Vintage Automobile Racing Association. In the meantime, you might catch his pride and joy showing off at car shows up and down the West Coast. If you’re lucky enough to see this blast from the past sitting pretty or blazing corners, watch carefully and take note. You might learn something. 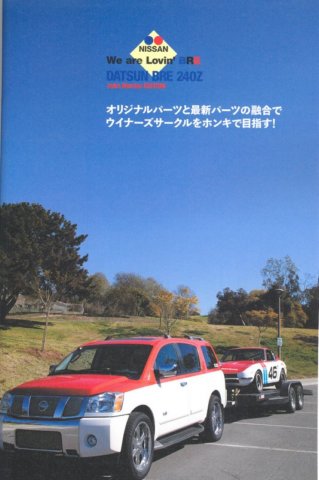